There’s no I in team. There’s no I in ‘theme park’ or ‘land’ either so here we are again talking about how individual lands mesh into an overall theme park with another Land Exit Survey. The intros get worse but the posts keep on coming! All theme parks […] 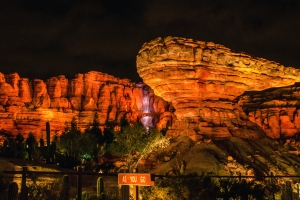 Walt Disney World has a certain aura when the suns set.  Most theme parks do actually.  While the sun can be a big draw for vacationers, nightfall gives a land’s creators a chance to evoke a specific mood.  Diagon Alley is a perfect example, as a dragon breathing […]