Tiffins is a restaurant in Disney’s Animal Kingdom and considered a signature restaurant by Disney World.  They offer mostly Indian and African fare.  Tiffins is located near the park entrance on Discovery Island and is right in front of the bridge that leads to Pandora – World of Avatar.  Entrée prices range from $25-$55 and this restaurant does participate in the Disney Dining Plan (as 2 credits.)  They are also currently offering a 20% discount for annual pass holders. 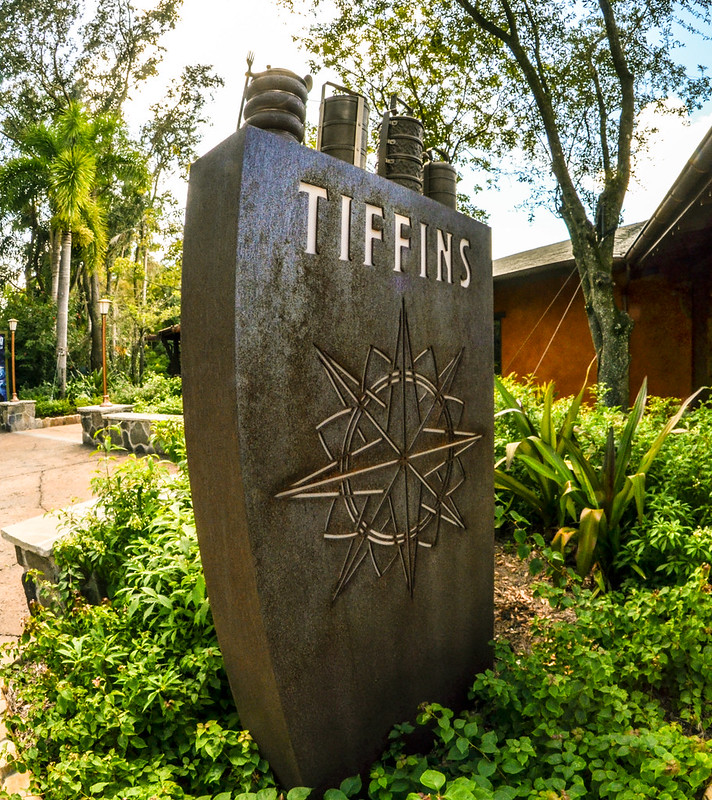 Most Disney fans have dreamt of becoming an imagineer at some point.  Imagineers are the minds behind designing Disney Parks and are quasi-celebrities in the fan community.  So, while daydreaming about how much you’d like to have their jobs you should at least go eat in a restaurant inspired by them, right?

Tiffins is that place.  The idea behind the restaurant is to showcase some imagineers favorite meals and places that they went while studying areas that inspired Animal Kingdom.  For Disney nerds, or those interested in design of the parks in general, Tiffins is very interesting.

Because of the theme of Tiffins, it’s pretty difficult for the restaurants design to be understated.  The walls are filled with different artwork, with nearly every space filled.  There are two rooms in the restaurant, each having different displays.  There are also photos from the imagineers adventures throughout the hallways of the restaurant. 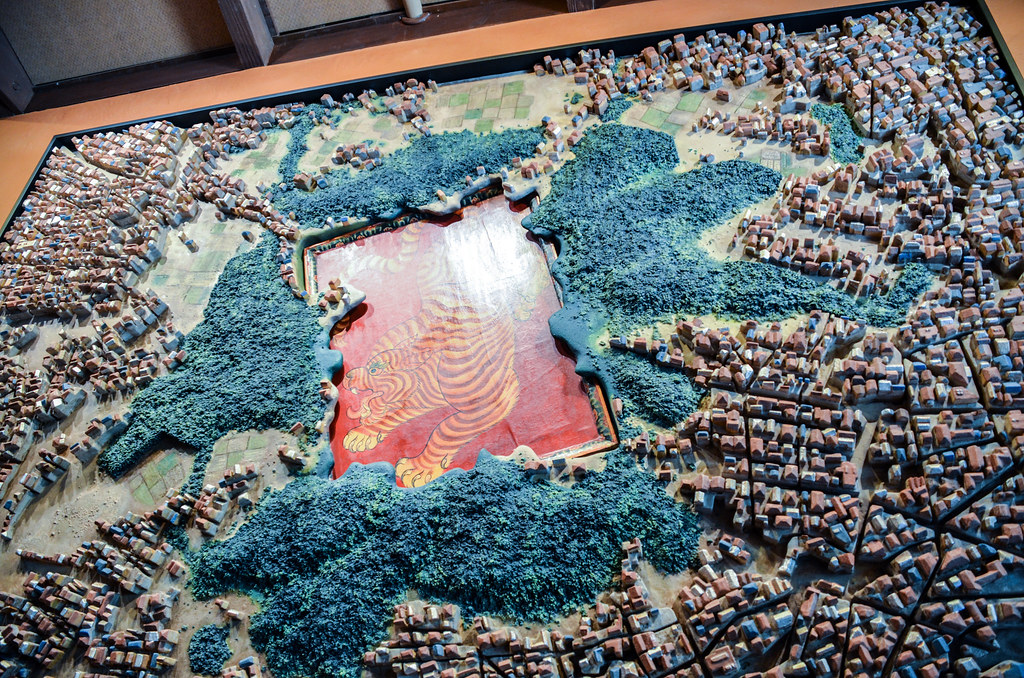 I found the whole idea for this restaurant to be fantastic and incredibly interesting.  There was no shortage of things to look at and this helped to make the atmosphere one to remember.

While great service should be expected at Disney, I felt the service here exceeded our expectations.  Our waiter was very helpful and eager to inform us about the restaurant.  We enjoyed hearing his recommendations and discussing our trip with him.  On top of the service, guests also receive a print of some artwork done by Joe Rohde.  Rohde is the visionary behind Animal Kingdom and is one of the lead imagineers to this day. 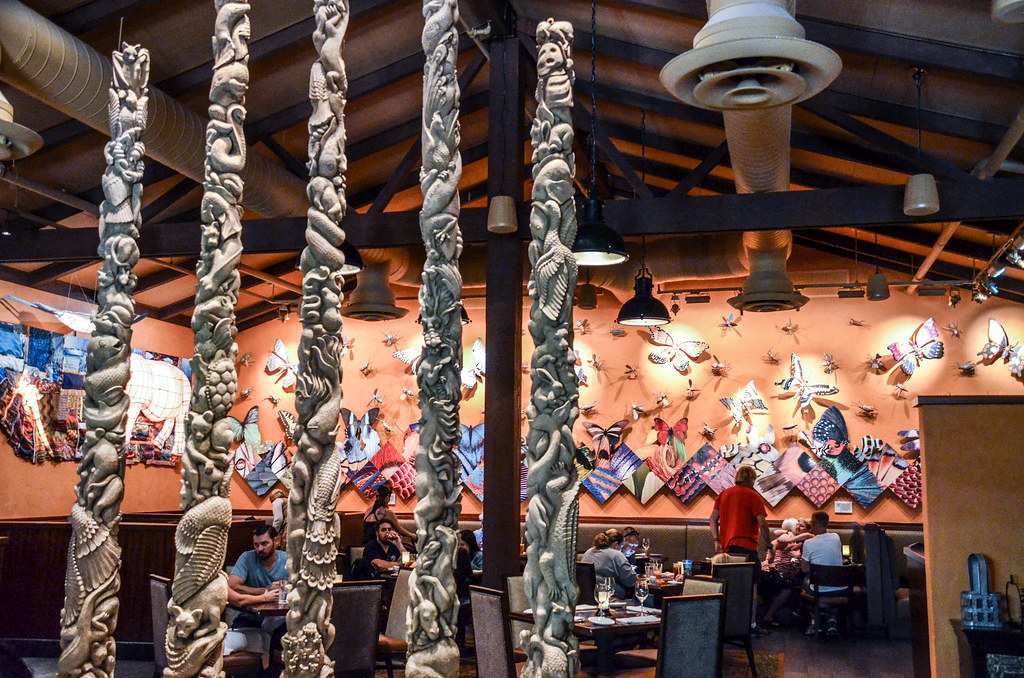 Moving on to the food, we ate lunch at Tiffins.  When we were there, a lunch special called ‘Taste of Tiffins’ was going on where you could choose 2 options from a list and have that for $28.  I believe that special is still going, even though it isn’t on the menu linked here.  The special offers a very good reason (and great value) to go to the restaurant for lunch, but if it’s not offered or doesn’t appeal to you then there isn’t a difference between the lunch and dinner menu. 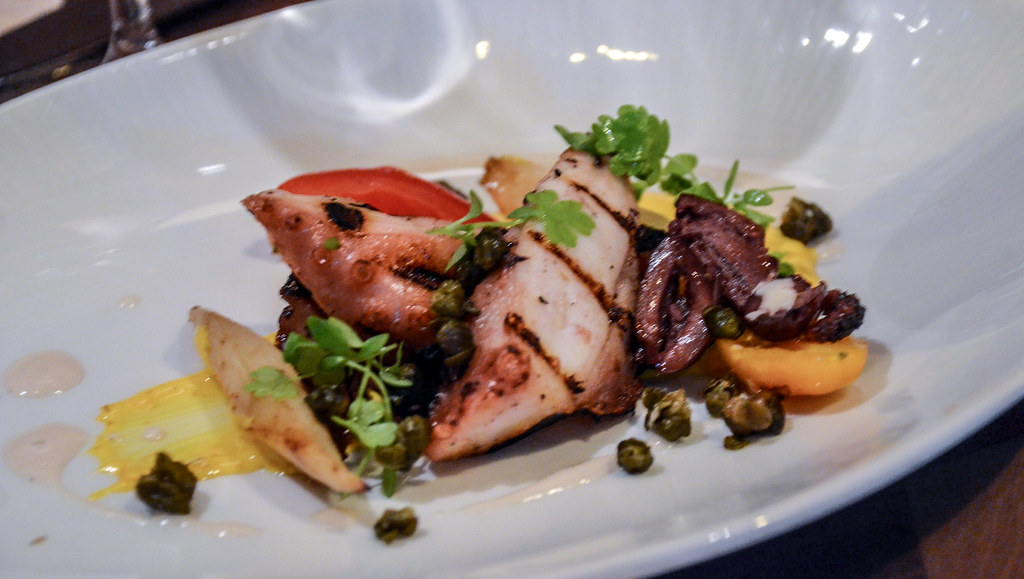 To start our meal, we had the grilled octopus.  Our waiter recommended this and said that it was one of Tiffins most popular dishes.  The octopus was prepared wonderfully and had a great sear on it.  We both thought that it could have used a little stronger marinade but I’m glad we tried it.  This dish was on the small side and cost $16, so I don’t think I’d get it every time but the octopus was fun to try. 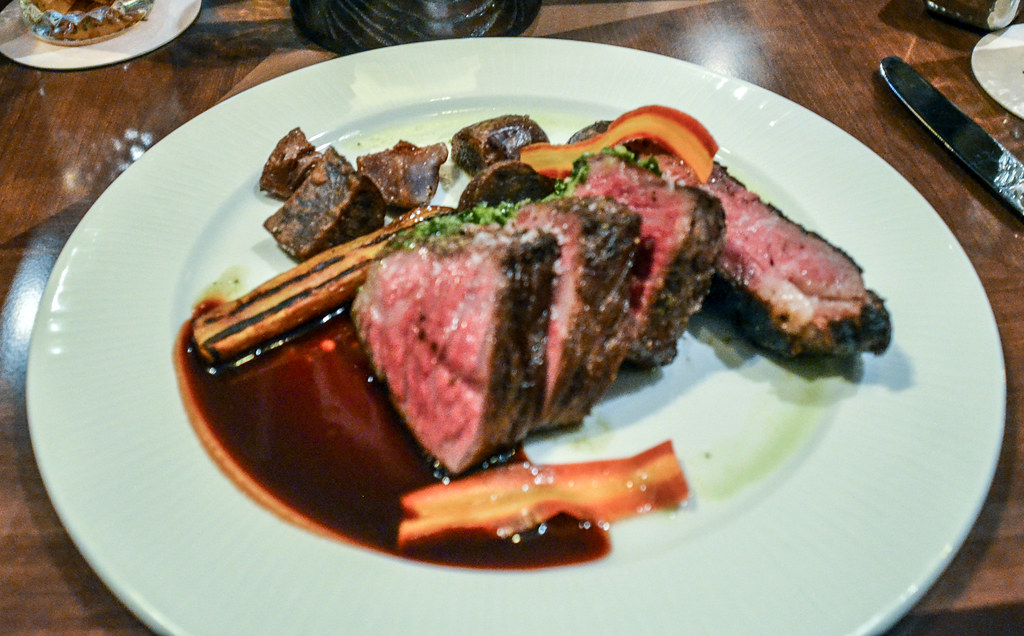 Melissa ordered the Wagyu Strip Loin and Beef Short Rib for lunch.  This came at a costly $53 (before our 20% discount) but showcased the restaurants star dish.  The Wagyu Strip Loin was the best item I’ve ever tried at Walt Disney World.  The steak was cooked to a perfect medium rare and had the most amazing seasoning on it.  Even at the cost, I’d have a really hard time not ordering this every time I went to the restaurant.

The short ribs paled in comparison to the strip loin but were also delicious.  These are prepared and then braised for 72 hours.  This shows the kind of pride the staff takes in their food.  Every item we tried at this restaurant felt a little more authentic and interesting than most restaurants, much less restaurants at a theme park. 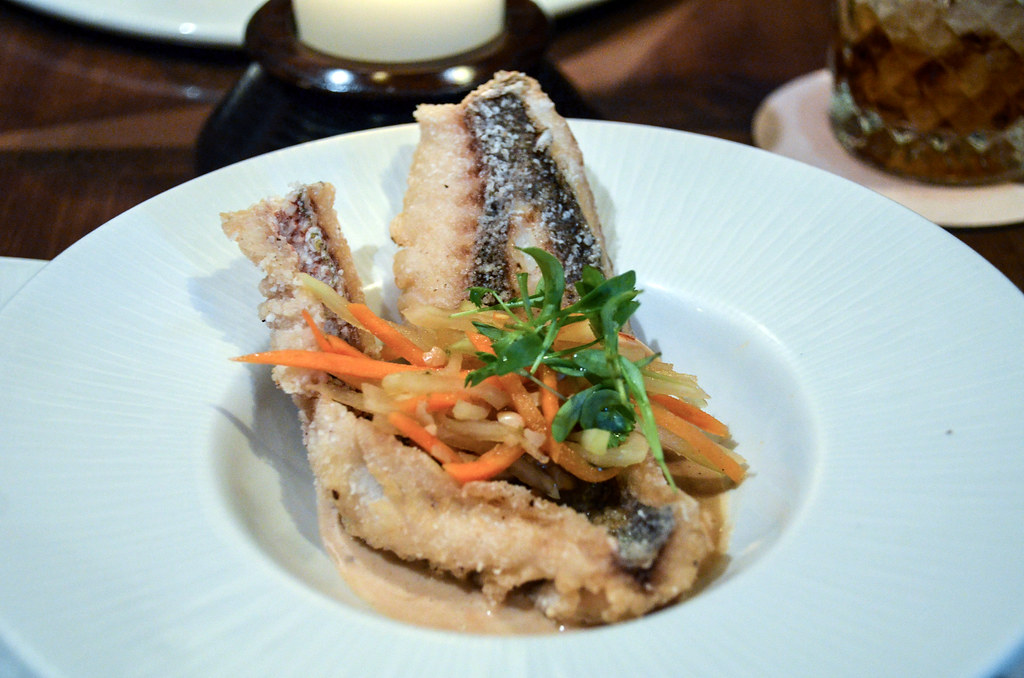 I did the Taste of Tiffins for lunch and had the short ribs along with the sustainable fish.  The fish had a nice fry on it, as well as the slaw on top.  While I thought this was worst entree I tried, it was still delicious and I wouldn’t hesitate to order fish here again.

The Taste of Tiffins was a good deal and offered a decent amount of food for a fair price (compared to other signature restaurants.) Rice was also included with the dish.  Unfortunately this option doesn’t include the strip loin but I did think this was a good way to try a few different options without paying an arm and a leg. 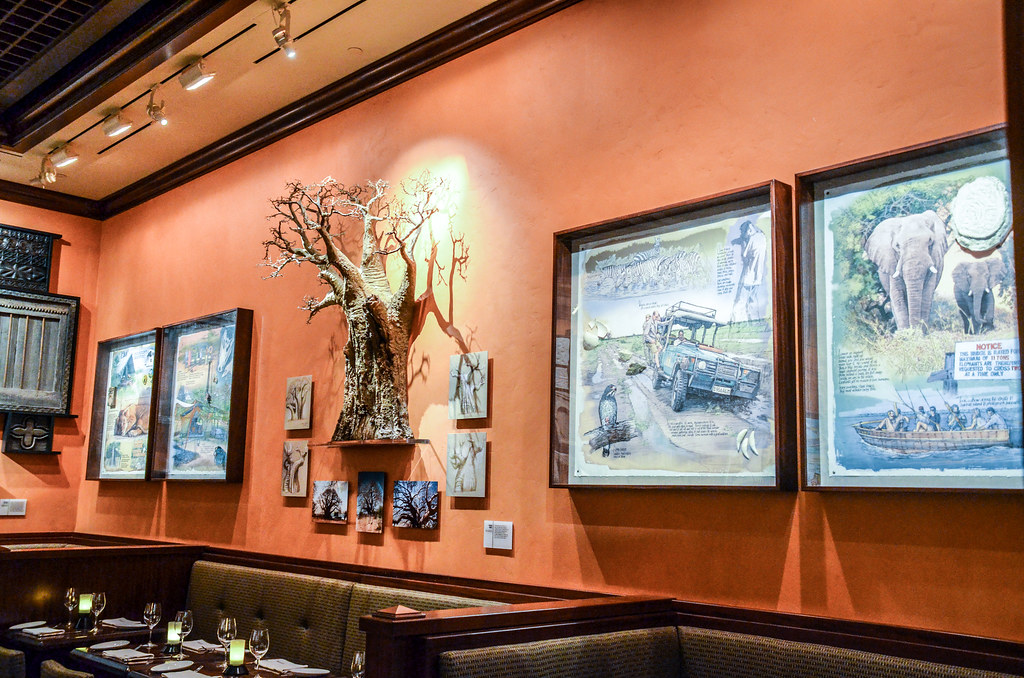 We were extremely impressed with Tiffins and there were only 2 questions we had when we left the restaurant – When are we going back and is this the best restaurant that’s in an actual theme park?  The answer to the first question is soon.  The second question is a bit tougher and something I’ve contemplated ever since.  There are certainly some fancier restaurants in Epcot that could rival Tiffins but when you factor in the quality of the food, atmosphere and decent value then Tiffins is my pick for best theme park restaurant.  I’m hopeful that the restaurant will keep their fairly diverse and different menu over the years and will stay as authentic as it is now.  Because right now, I wouldn’t change anything about the restaurant.

An empty Galaxy’s Edge a while after closing is the best Galaxy’s Edge! #swge #starwarsgalaxysedge #galaxysedge #starwars #disneyland #batuu #milleniumfalcon #nikon #nikonphotography #nightphotography
What’s your favorite World Showcase Pavilion?
What’s your favorite park to be in at sunset?
Daydreaming of the first time Happily Ever After comes back to Magic Kingdom! 🎆
This is a theme park.
Fantasmic! Mickey is the best! Looking forward to sitting along the river and watching him do his thing! #mickeymouse #fantasmic #sorcerermickey #disney #disneyparks #disneyland #riversofamerica #nikon #nikonphotography