It’s a question that most Disney vacation discussions start with: How many days should we spend in each park? Of course, some vacations don’t lend themselves to the luxury of getting to pick exactly how many days you can spend where. Budgets, time and other various aspects come into play when planning a vacation. Still, guests would like to give themselves an adequate amount of time to see most attractions along with the finer details.

Disneyland, Walt Disney World and Tokyo Disney Resort all offer very different experiences. None of these opinions are an exact science since it’s easy to jump from park-to-park at every resort and there are other factors throughout the year that can alter plans. But we’ll give a rough estimate on how much time it takes to see each park’s essentials. For a more thorough look on what we recommend doing at each park, check out our 1-Day Itineraries.

Like most any post on Wandering in Disney, this is opinion-based. Some people value different aspects of a theme park more than others. Obviously, that means everyone will have different favorites. With that being said, I’ll try not to base this too much off of my opinions (although I promise you, I’ve never been wrong about anything in my whole life.)

If you do have a limited amount of time, I really recommend using our itineraries as well as a number of other great sites park itineraries. I do not recommend using the Disney Genie itinerary at this point in time. Our plans will maximize the amount guests can see and do in a Disney Park in just a day (or two, depending on the plan you follow) and I know most people don’t have unending vacations. We could all use one after the last couple of years though!

Without further ado, here are my recommendations on how much time to spend in each Disney Park (within reason, if I had no responsibilities and endless money I’d spend most of my time there, obviously). We’ll start on the west coast first, then to Walt Disney World before finishing with Tokyo Disney Resort.

The only U.S. park on this list that I seriously considered giving more than 2 days. There is an incredible amount to see here. You could probably hit all of Disneyland’s E-Ticket attractions in one day (again, probably) but that would be all you would have time for. If you do that, and skip a second day, you will definitely be missing out on Disneyland’s charm. There are strolls around New Orleans Square, rides on riverboats, dozens of foods to try, and history to explore. I spend multiple days per week in this park usually and I still don’t think I’ve seen it all. Do the big attractions because they are great but don’t forget to slow down and enjoy the parts of Disneyland that make it so unique. As an aside, I recommend spending two evenings in this park, as well. Do Fantasmic! one night and the firework show, which is usually only showing on the weekends, the other night. 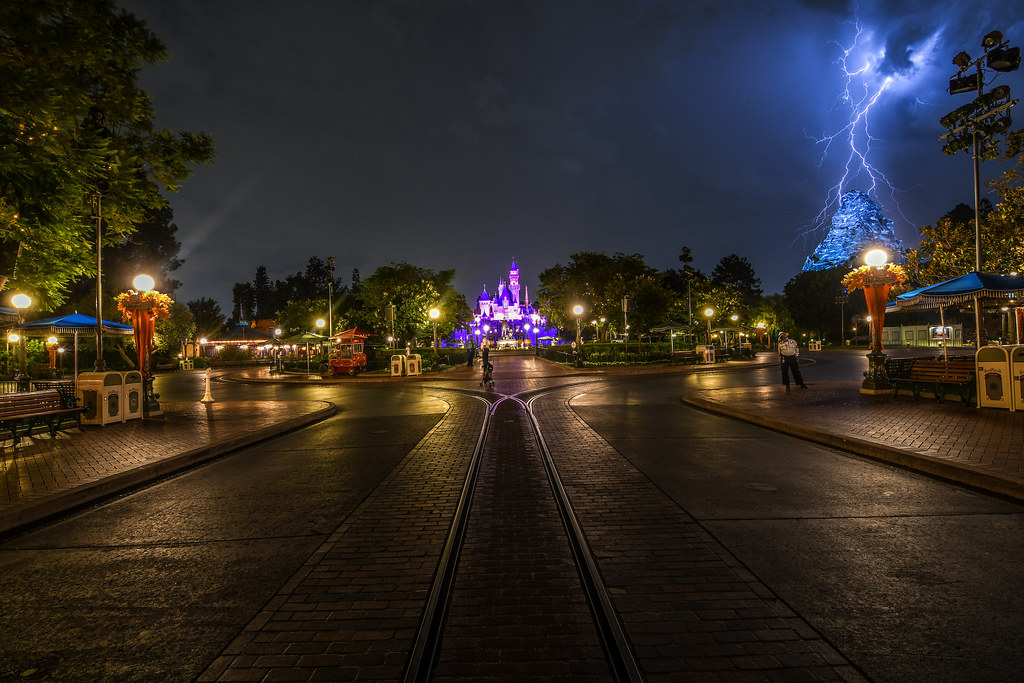 When this park first opened, spending half of a day here would do but since the renovation of basically the entire park, the quality has gone up. There’s a decent number of E-Ticket attractions here including Radiator Springs Racers, Guardians of the Galaxy – Mission: BREAKOUT! and IncrediCoaster. In California Adventure’s first go-around, it seemed that they didn’t quite understand the value of having beautiful areas to explore. The park still isn’t quite there but Cars Land, Buena Vista Street, and Grizzly Peak are all pretty lands. Pixar Pier and Avengers Campus are interesting, although somewhat weak thematically. World of Color is a must-see and so is Cars Land at dusk. You can typically do both in one day but you may have to be strategic. The lack of interesting areas to explore keeps this park away from adding a half day.

Magic Kingdom is like Disneyland in that there is a ton to see. There are several shows and parades that you shouldn’t miss. The sheer number of attractions is what drives this park, although they aren’t quite as interesting as Disneyland’s. There are a few beautifully themed areas that could be explored in great depth. This is also the most crowded park at Disney World so it’s likely that you’ll be running into more crowds.  For now, I’m giving the park a day and a half but I do think it’s closer to 2 days than it is to 1, especially if you’re trying to see the entertainment (which you should be). Give yourself time to explore Liberty Square and other parts of the park as well as ride all of the famed attractions.

When you look at it from a strictly attraction based viewpoint, Epcot doesn’t have a whole lot to do. There aren’t many E-Tickets and Future World is in terrible shape right now. With that being said, there are a number of factors to look at when considering Epcot. There are the wonderful smaller rides like the films in World Showcase and Living with the Land. There’s an aquarium to visit in The Seas. There’s shopping and details to explore in World Showcase. And of course, there’s the food.  Most of the other parks I didn’t factor a ton of time into getting food but it seems necessary in this one. That said, the front half of the park is in such poor shape that you could complete it in a few hours.

In past iterations of this post we’ve had this at a day and a half or two days. It will return to that once Epcot is put back together. For now, I think completing the park in one day is more than doable. No matter what you choose, I highly encourage anyone to visit World Showcase around sunset and then stay until close. That’s one of my favorite ways to spend an evening whenever I go to Disney World and I’d honestly recommend doing that more than once.

The one is probably my most controversial pick. I could spend 2 days in Animal Kingdom, no problem.  A lot of people could spend a day there and then be done with it. Even though I’m always right about everything, I’ll compromise here and go with a day and a half with a strong lean towards adding more time. Now, it’s not going to take much time to get the big attractions done here. Go close to opening and ride Flight of Passage (and if not then Everest), get on Kilimanjaro Safaris, ride Everest, and then go over to Dinosaur and then you have most of the must-see rides done. But, there are several shows that shouldn’t be missed in Festival of the Lion King and Disney KiteTails. There are animal-viewing trails to walk on and beautiful areas to explore (pretty much everywhere except for DinoLand). I like most of the restaurants in Animal Kingdom, as well! With the addition of Pandora – World of Avatar, Tree of Life Awakenings and tons of entertainment, this park could use a full 2 days but you can complete everything in a day and a half fairly easily.  But, if that means you are missing out on slowly wandering the trails and details of Animal Kingdom then you are missing the point of the park.

Hollywood Studios has progressed a good amount over the last 5 years. The attraction lineup here is very top heavy and will take a good amount of time to complete. With the addition of Star Wars: Galaxy’s Edge, the park has a couple of lands that are worth taking the time to explore. Hollywood Studios is still a thematic mess with some big crowd flow problems. Entertainment definitely needs an upgrade and once that happens the park could vie for an extra half day in this post but, for now, spending a full day here is the right way to go. 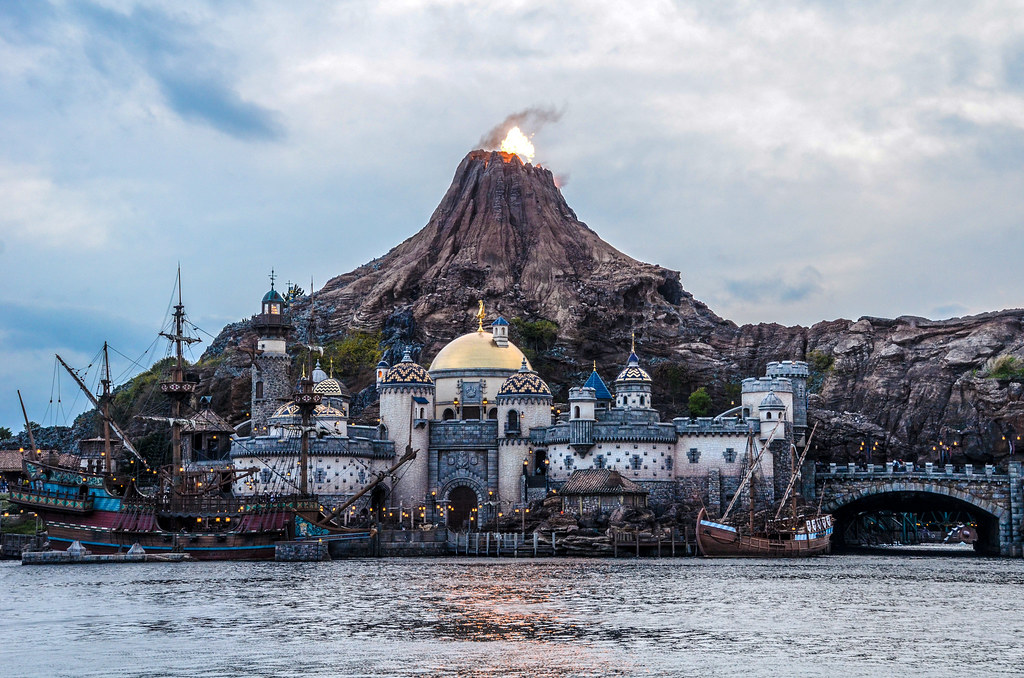