Tokyo DisneySea is my favorite theme park in the world. The sights and detail is unlike any other park I’ve been to. Along with that, DisneySea boasts an impressive attraction roster. In this post, I’m going to rank the park’s rides from worst to first! If you’ve missed any other post in this series, you can click here to catch up! 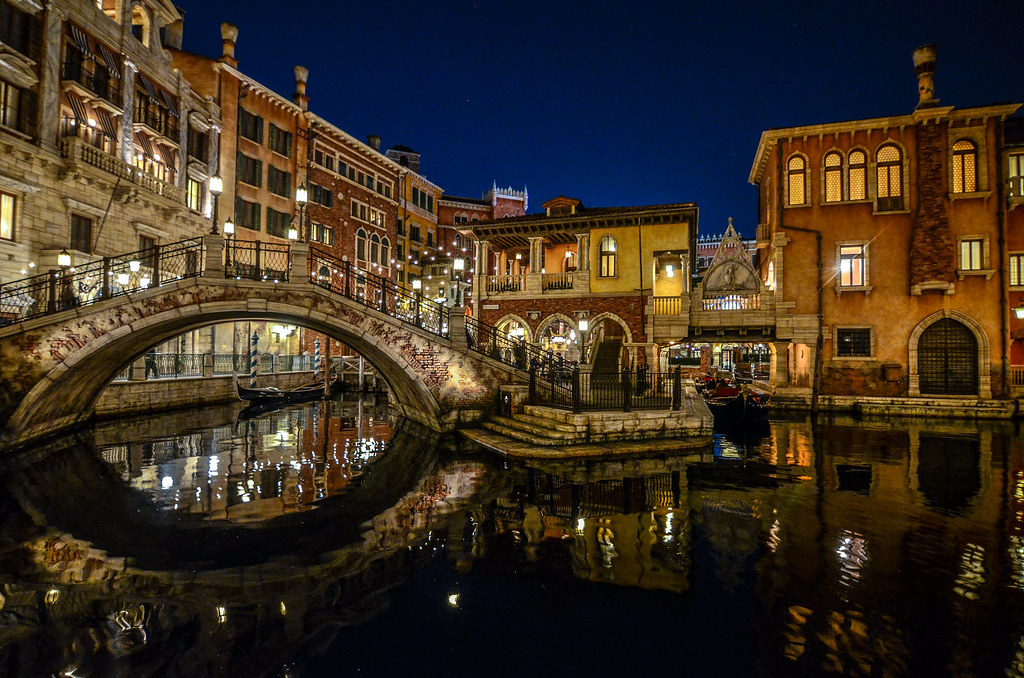 Instead of a typical top-ten list, this will include all of the DisneySea attractions because thoroughness is next to Godliness. Don’t quote me on that. We made a point of doing every attraction that was open while at Tokyo Disney Resort and this list will reflect all of those that we experienced. Technically, I haven’t experienced Soaring: Fantastic Flight yet so I didn’t include it. Based on Soarin’ Around the World (which is the film that is shown) it would likely fall in the 7-10 range. But with a different queue and setup I  decided to hold off until I can actually ride it.

Before we get to the actual ranking, here’s some rules:

I’ll add in a sentence or two about each attraction and why I put it there. Here we go, from worst to first:

22. Jumpin’ Jellyfish – That a children’s ride that does no harm and isn’t all that bad is in last place speaks to the quality of DisneySea’s attractions. This does move painfully slow and is easily the most boring attraction on the list. Fortunately, Jumpin’ Jellyfish looks pretty cool inside of King Triton’s Castle in Mermaid Lagoon. 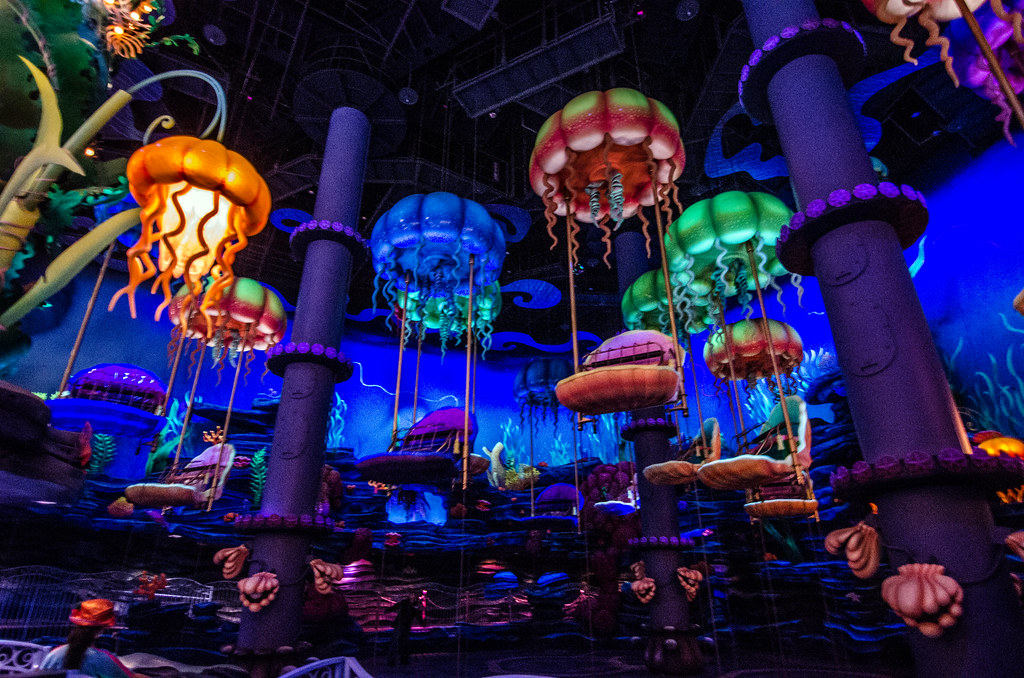 21. Turtle Talk – This is no different from the American version of the attraction except that it is in Japanese. Turtle Talk resides in the gigantic S.S. Columbia and that makes the attraction slightly more interesting. Otherwise it is pretty skippable.

20. The Whirlpool – Another attraction inside of Mermaid Lagoon that is basically the teacups reincarnated. You can’t spin your own car here but it still looks pretty nice.

19. Scuttle’s Scooters – The Scooters are a children’s ride in Mermaid Lagoon that is a caterpillar ride system. Not much separates all of these kid attractions but I do like the way this one looks at night, outside sitting along the water. It adds another bit of kinetic energy to a park full of it. The actual ride might not be worth doing though.

18. Jasmine’s Flying Carpets – The flying carpets are the same as those stateside but this one looks better, with a beautiful color scheme. This is an obvious case of how well Tokyo Disney Resort maintains their attractions compared to Disneyland and Walt Disney World. 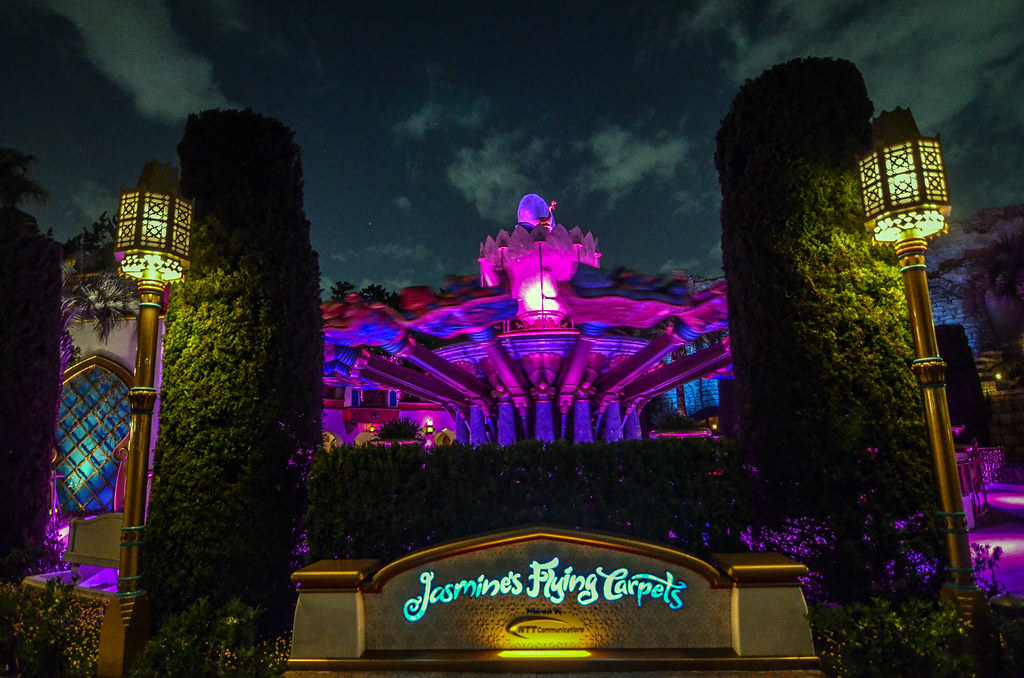 17. Flounder’s Flying Fish Coaster – A family roller coaster that resembles The Barnstormer or Gadget’s Go Coaster. This one is slightly longer and would be a blast for kids. It is off to the side of Mermaid Lagoon and stays away from being intrusive to the beautiful park. 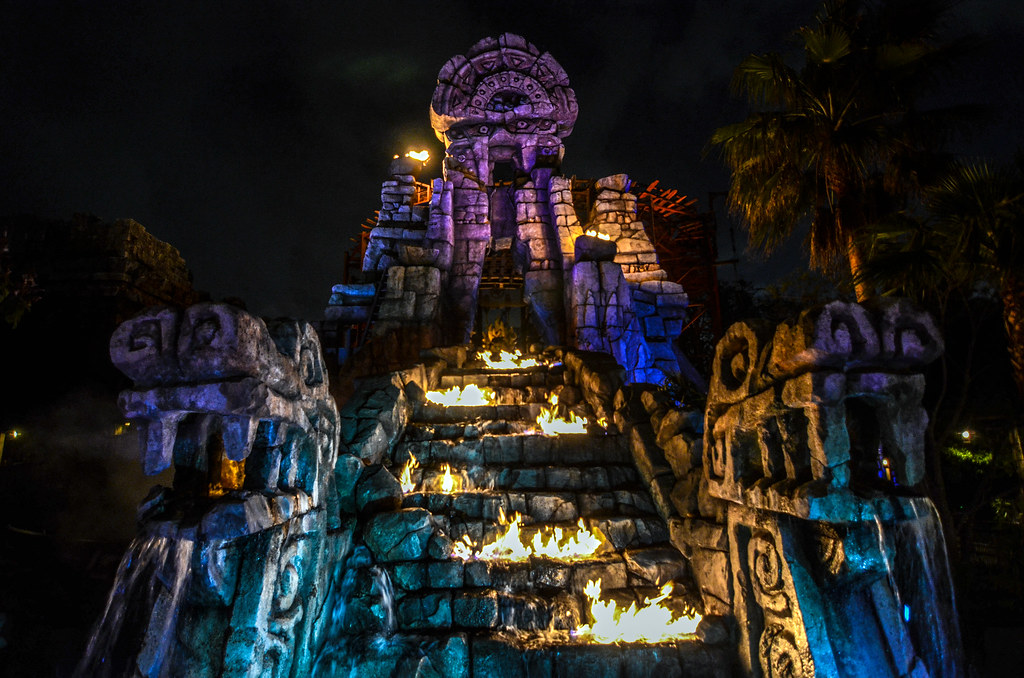 15. Blowfish Balloon Race – I’m not sure how this Mermaid Lagoon ride made it so high, but I found it very fun. This is the same ride system as Flik’s Flyers in California Adventure but seems to move a little faster, maybe because it is inside. That attraction is relaxing and entertaining for being a kids ride.

14. The Magic Lamp Theater – A bizarre 3D show that I could be talked in to moving up or down depending on the day. This is slightly based on Aladdin and in Japanese. The plot circles around a magician, who seems somewhat evil, and his assistant. 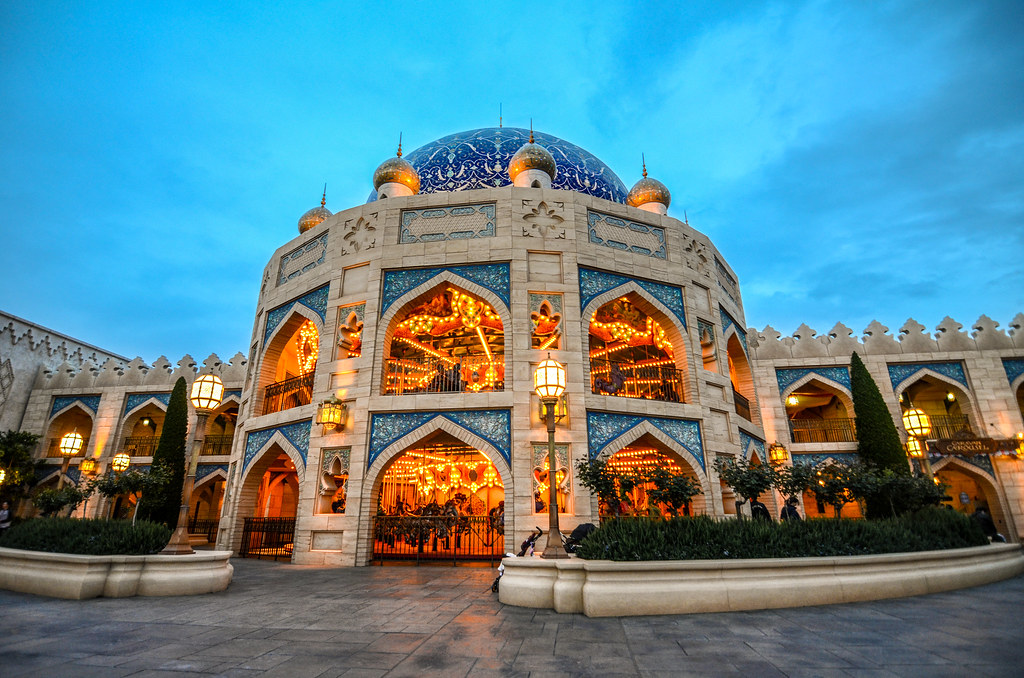 12. DisneySea Transit Steamer Line – I love boat transportation and this is no exception. The Steamer Line runs through most of the park, taking guests from port to port. It is a convenient way to get off your feet for a while and gives guests a different view of the ports that they wouldn’t get otherwise.

11. Nemo & Friends SeaRider – I should state that the biggest jump in attractions is between 12 and 11. SeaRider is a really fun simulator attraction where guests ride through the ocean with their favorite characters from Finding Nemo. It is nothing ground breaking but is well worth a ride.

10. Aquatopia – A fun trackless ride that looks similar to bumper boats but is far more fun. The ride vehicles spin and swoop around without guests knowing what is coming next. The ride itself is fun but where Aquatopia really excels is fitting in with the spirit of Port Discovery. With kinetic energy abound the area feels exciting and full of ingenuity. 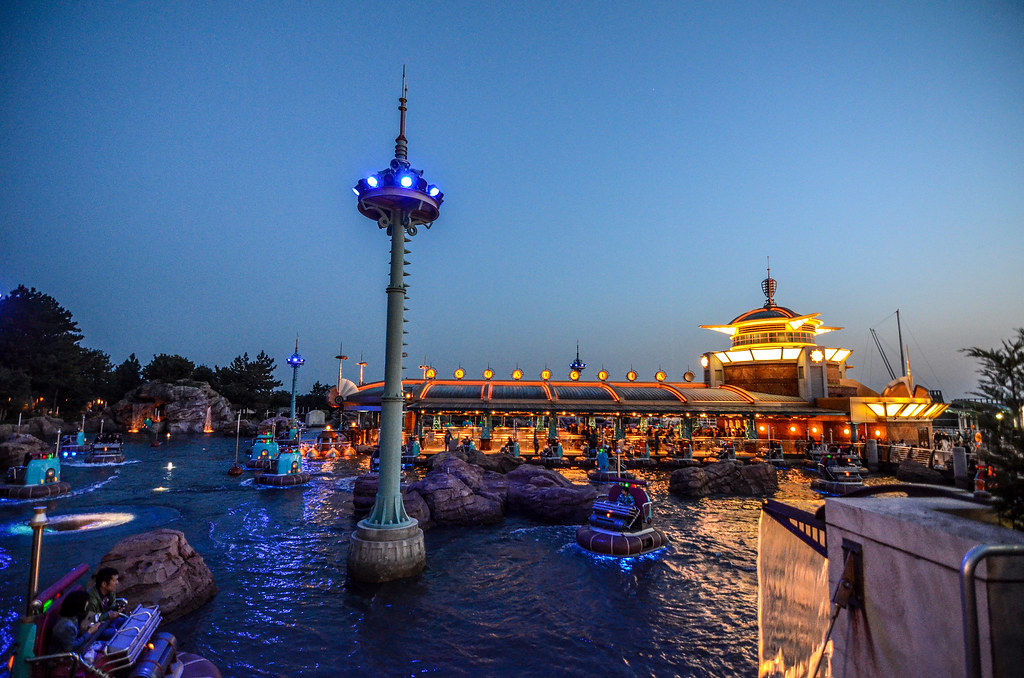 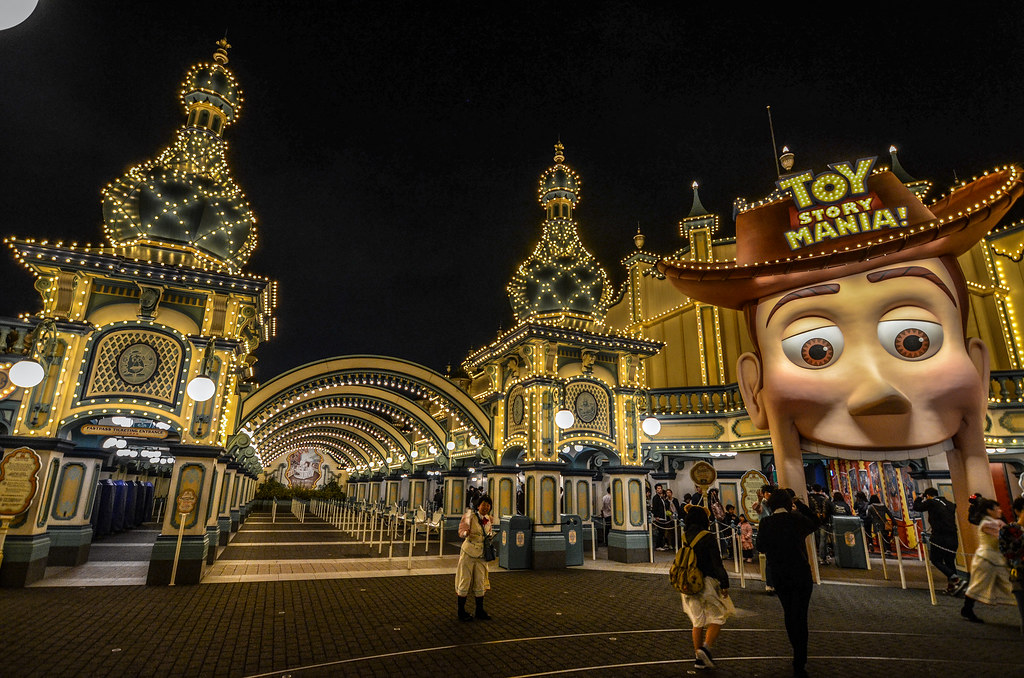 8. 20,000 Leagues Under the Sea – Is an undersea adventure where guests go exploring in pods that are kind of like submarines. 20,000 Leagues is very interesting and tells a great story while guests explore Mysterious Island. While not the most popular ride, this is a must.

7. DisneySea Electric Railway – The Electric Railway is similar to the Steamer Lines in that it is just a mode of transportation but I like this one quite a bit more. This railroad runs from the American Waterfront to Port Discovery and vice versa, but rises above the rest of the park offering incredible views of Mediterranean Harbor, American Waterfront and even the Pacific Ocean.

6. Venetian Gondolas – Mediterranean Harbor’s Venetian Gondolas is one of the most transportive attractions in any Disney Park, taking guests through the back canals and into a wide open harbor. The attraction offers some of the best views in the park and is the most relaxing attraction I’ve ever been on. Where the Venetian Gondolas really set themselves apart is the interactions with the Gondoliers who are charming and have the perfect amount of reverence for the beautiful scenery. 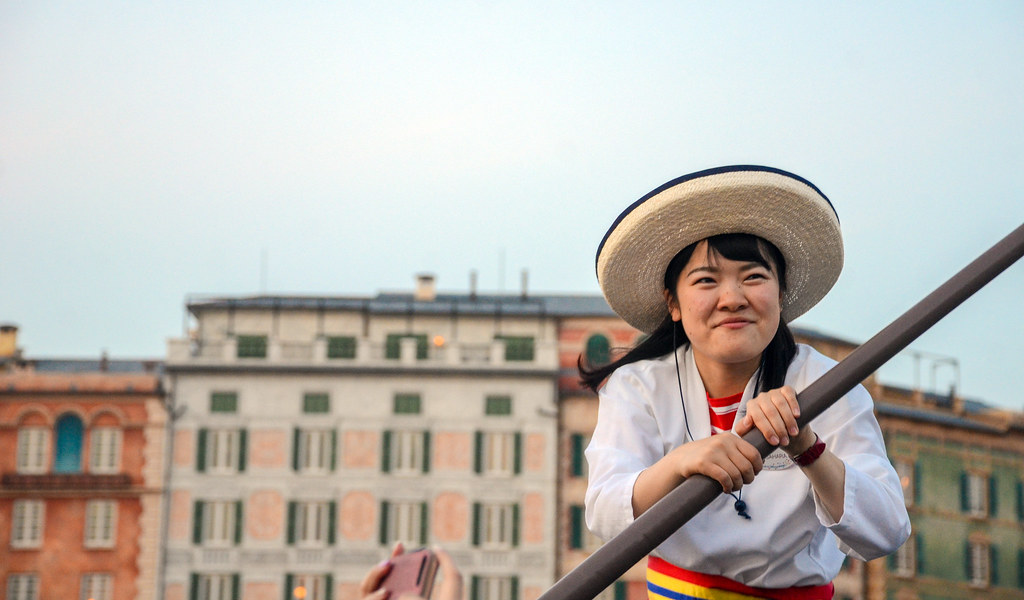 4. Fortress Explorations – Part Tom Sawyer Island, part museum, Fortress Explorations is unlike any other Disney attraction. There is a giant ship for a playground, a planetarium and several other breathtaking exhibits throughout the beautiful walking trails. On top of that, the whole attraction offers wonderful views. I could spend a whole afternoon here without any reservations. 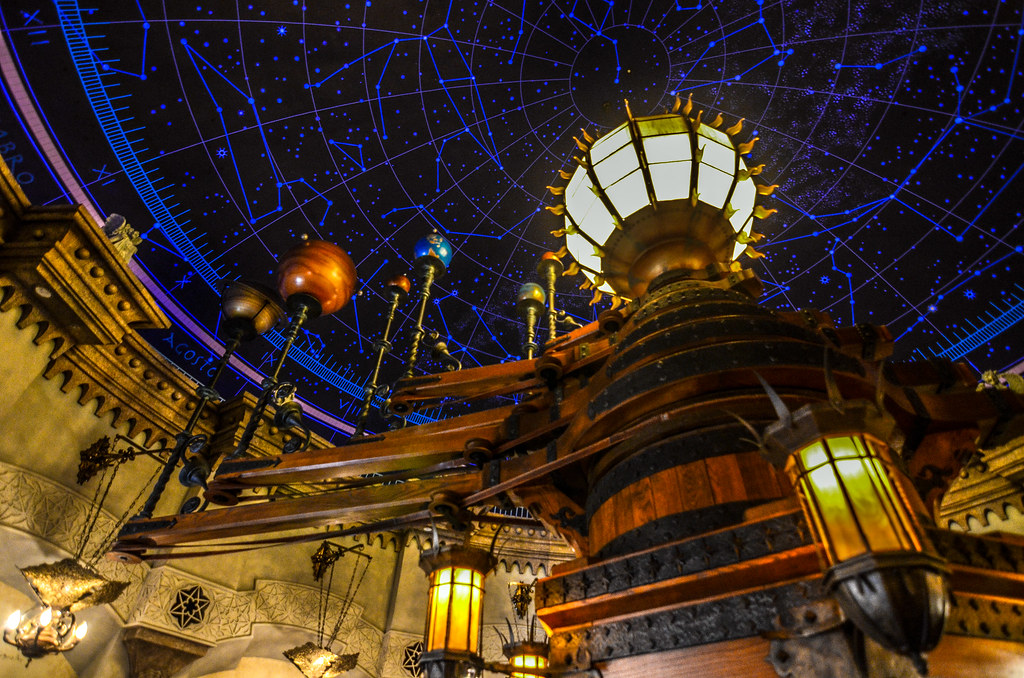 3. Journey to the Center of the Earth – DisneySea’s flagship attraction is a dark ride, thrill ride combo that takes you deep into Mount Promytheus. The volcano is on the verge of eruption and guests meet surprises along the way before taking off out of the volcano. Journey is a blast and could be ranked higher if not for some of the best attractions in the world ahead of it.

2. Sinbad’s Storybook Voyage – Disney’s best dark ride, this is a wonderful story about Sinbad traveling through different difficulties to help out his homeland. The ride is a little strange and full of beautiful animatronics. Sinbad has a beautiful original song that plays throughout the attraction. I could ride this all day. 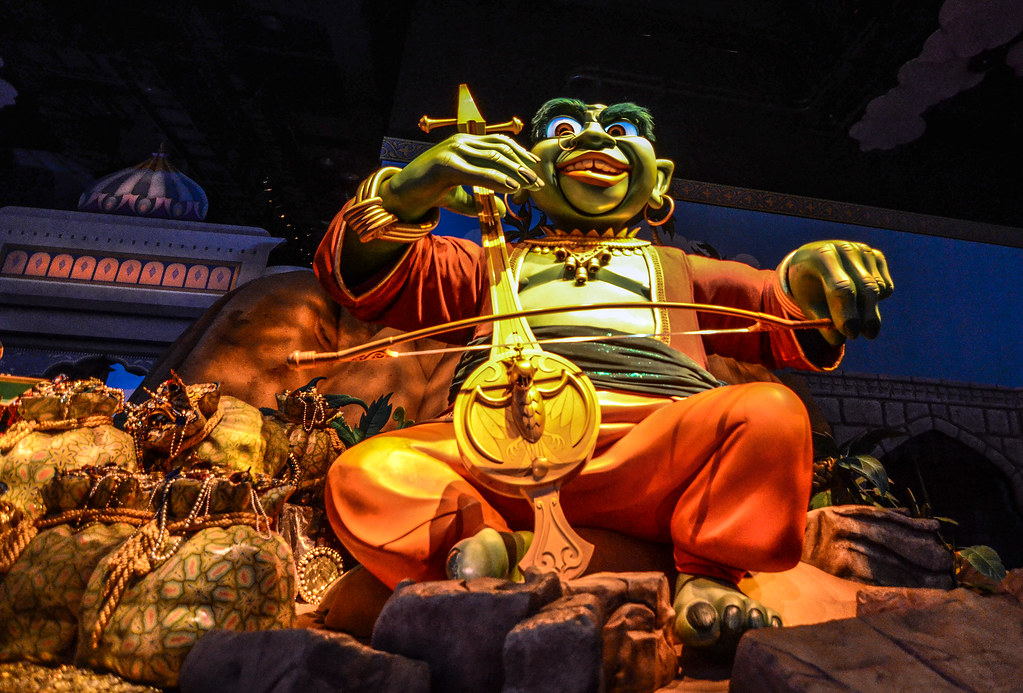 DisneySea has one of the best attraction slates of any Disney Park. There isn’t a bad attraction on the list and from 14 down I would consider must-do attractions for first timers. If you are going with kids then there isn’t an attraction I would skip here. If not, Turtle Talk and Mermaid Lagoon are skippable but fun to do at night when the crowds die down. Overall, DisneySea is full of incredible attractions. 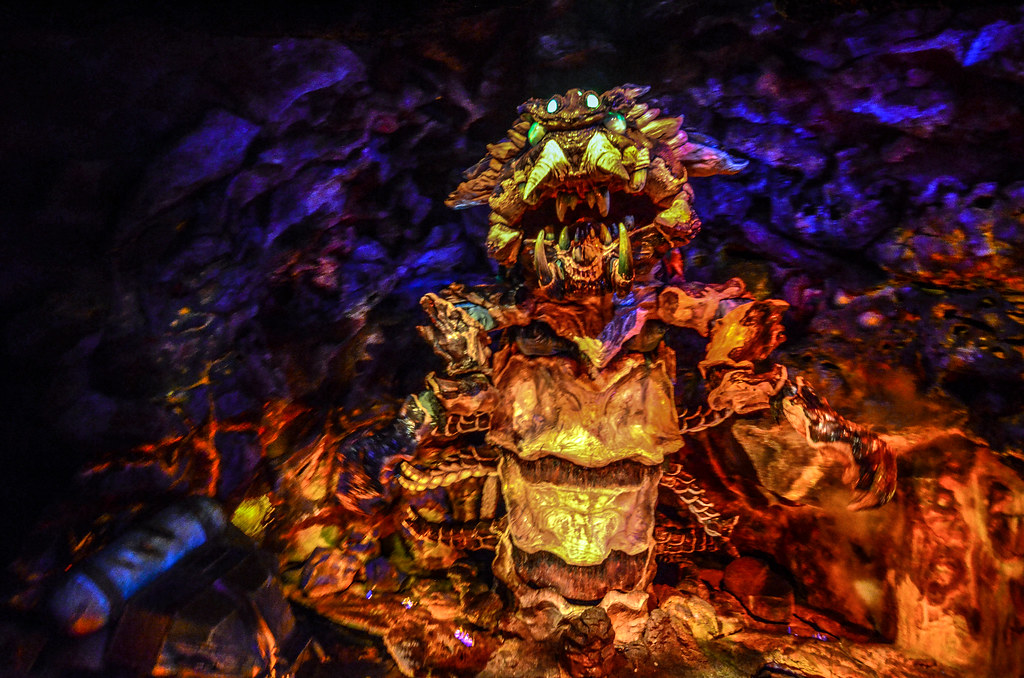 Where did I go wrong in my rankings? Let me know that, as well as any questions, in the comments below! Planning a trip to Tokyo? Check out our guide to help you along the way! If you enjoy what you are reading here on Wandering in Disney please share this post with your friends, as well as like our social media pages. You can also subscribe to the blog via WordPress or email. All of those links are on the right side of this page. Thank you for reading, we really appreciate it!