Disneyland’s large expansion opened on May 31st of 2019 but we are still waiting on the second attraction to open. Somewhat surprisingly, the land’s flagship attraction won’t open until January 17th.

A new daytime parade is coming to Disneyland, opening in the early part of 2020. The parade will be called “Magic Happens” and will feature Moana and Coco floats, among others.

Avengers Campus, which will reside where A Bug’s Land used to be, will feature a Spider-Man attraction, meet and greets and an Ant-Man restaurant. While I put 2020 down in the dates, I think the land will open in tiers and probably won’t be finished until 2022 (see a little further down the list). Details are still somewhat scarce but a Spider-Man ride will be opening next year.

An E-ticket attraction will be the (likely) final addition to Marvel Campus. Guests will fly with the avengers through Wakanda and beyond. A 2022 opening date may be slightly optimistic but time will tell.

A dark ride based on Mickey and Minnie Mouse that is replacing The Great Movie Ride. Initially slated to open in 2019, Runaway Railway will now open on March 4th.

A new restaurant in between Mission: Space and Test Track will be themed to outer space. The restaurant was slated to open in 2019 but issues with staffing have pushed this back into 2020.

This attraction in the France Pavilion is a replica of Disneyland Paris attraction, a trackless dark ride. I would guess a late spring, early summer 2020 opening.

The new show will replace Epcot Forever and will celebrate Disney music around the globe. It is rumored to open for the summer of 2020.

Disney World’s first expansion to Toy Story Land will be a table-service restaurant. The project was announced in late April 2019 but we think this could be built quickly to help ease Hollywood Studios influx of crowds.

The Epcot Play Pavilion will house characters and interactive exhibits for the whole family to explore. The new pavilion will reside in Future World and will likely be Epcot’s largest integration of Disney characters ever.

A new Mary Poppins attraction will be coming to the UK Pavilion in the coming years. Cherry Tree Lane and an attraction inside the Banks’ house will be added to the pavilion. Not many details have been released about the attraction but rumors have been going around to not expect anything too grand.

The immersive Star Wars Hotel will pair along with Galaxy’s Edge but will open later.  We don’t have an exact opening date but would guess 2021.

The coaster is taking the place of Ellen’s Energy Adventure and will be indoors. The story will be based around Guardians of the Galaxy, specifically Peter Quill.

Magic Kingdom’s newest roller coaster is slated to open by 2021 for the resort’s 50th anniversary. This will be a replica, although maybe not exact, of Shanghai Disneyland’s attraction.

A new hotel will be added to Disney’s DVC program, inspired by Walt Disney’s love of nature. This hotel will reside on the old River Country site and isn’t expected to open until 2022.

Epcot will look very different in a few years. The park will be divided into four lands instead of the original two, have a new entrance and will add several new pavilions. Spaceship Earth will also undergo a lengthy refurbishment. More details will be released over the years and this project will take a long time. 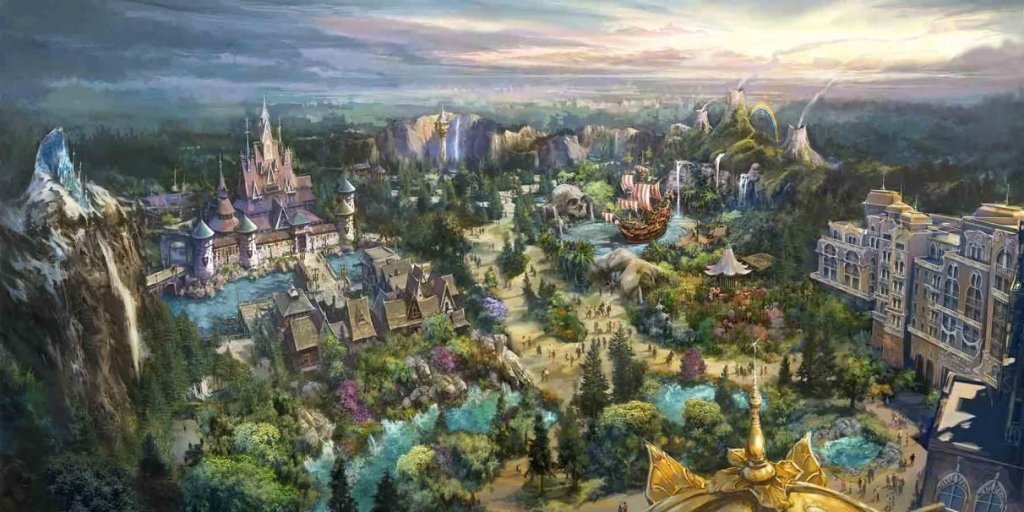 The remodeled castle and hub will be done in 2020, transforming Sleeping Beauty Castle into the Landmark Castle that will have 13 towers.

Hong Kong Disneyland will recreate the world of Arendelle with an ice palace and two new attractions, a roller coaster and boat ride. There will also be restaurants in this new expansion.

Another Marvel attraction is slated to be opened in 2023, finishing off Hong Kong Disneyland’s expansion plans. More details will come. 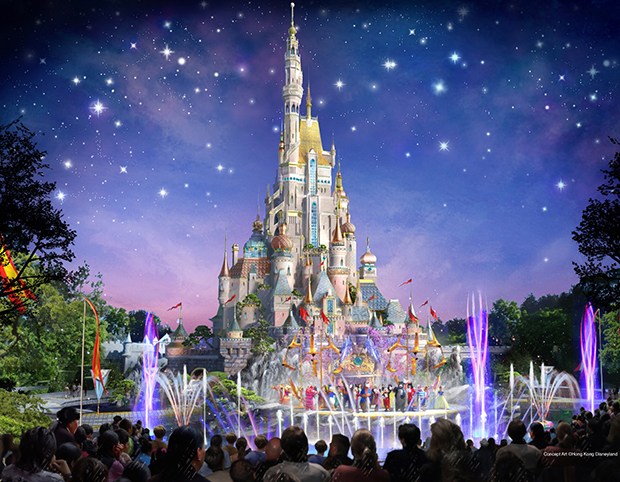 Disney has announced Shanghai Disneyland’s first major expansion (not counting Toy Story Land which was already under construction when the park opened) in a Zootopia themed expansion. While no opening target has publicly been announced, construction has begun.

The Studios Park is getting an expansion and makeover but it will take some time. Frozen and Star Wars Land are coming but not for at least 5 years. 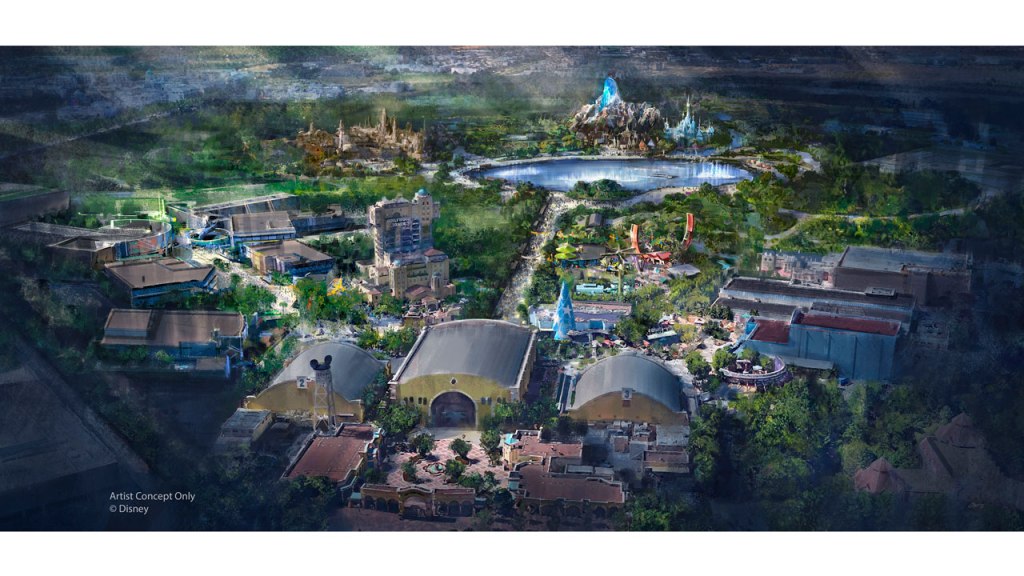 Thank you for reading Wandering in Disney.  Please subscribe to the blog and like our social media pages, all of which you can do on the right side of the page.  Have a wonderful day!