Disney World’s Hollywood Studios is a park in transition.  This started nearly five years ago as the park’s Backlot Tour closed.  Since then a number of plans have been announced, attractions have closed and opened, rumors are continually abound, and the park is well on its way to a new identity.  Over the past few years Hollywood Studios became a theme park that was barely worth visiting while at Disney World.  While that question is still worth asking for the next year, the park is steaming into the pit stop and about ready to get a new set of tires. 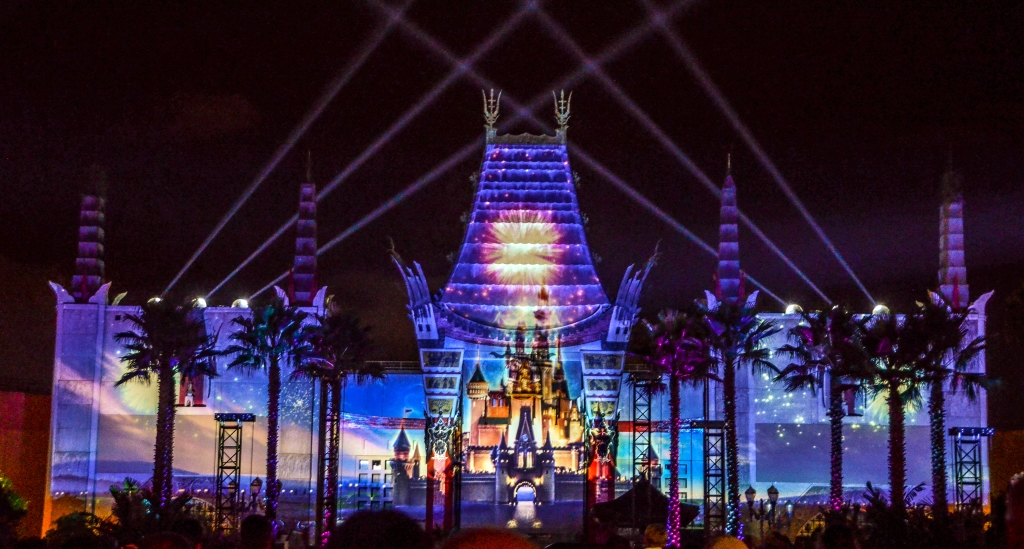 We thought it was about time we checked in on Hollywood Studios to see how the park is doing and when will it look more like a theme park instead of a construction site.  This post will give updates on the park’s three big projects plus add a few other updates and rumors.  As the title states, this is a progress report because actual progress is being made.  Sure, maybe Hollywood Studios has flunked the 5th grade twice by now but we’re really beginning to see signs of growth.  Let’s get to the big projects!

As you, your mom, and your cat probably know, Toy Story Land opened up about 2 months ago.  The reviews have been mixed but at the very least the park added a very fun attraction and another decent spinner-ride.  We could argue that the land is somewhat half-baked and is troubling from a thematic and aesthetic point of view, and we fully intend to do just that in a couple of months, but for now let’s just appreciate that Hollywood Studios added to their actual moving rides by 50% (from 4 to 6). 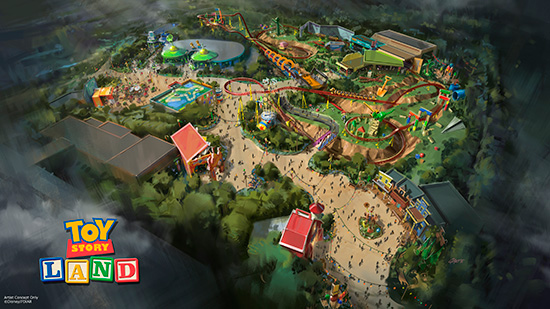 By all indications, Slinky Dog Dash, the land’s roller coaster, has been a hit and more fun that anticipated.  Alien Swirling Saucers, an attraction with very unfortunate initials, does the job and is a nice, simple addition.  Both attractions are necessary now and will be even more so to help pull a few people away from Star Wars: Galaxy’s Edge in a year.

I’m left fairly puzzled by one thing in Toy Story Land.  Both attractions have height limits.  They are both smaller height limits (32 inches for the Saucers and 38 inches for Slinky Dog Dash) but that leaves only one moving attraction in the whole park without a height limit in Toy Story Mania.  Toy Story Land was supposed to be a land to boost the park’s capacity and an area for kids, both things that Hollywood Studios sorely needed.  While the capacity has obviously been raised from a year ago it still needs significant work.  The kid attractions were addressed for those over 3 or 4 years old but it doesn’t help the park for families traveling with toddlers.

What’s soon to be Hollywood Studios’ crown jewel is progressing well, moving towards a late 2019 opening.  Disneyland’s version of this land is scheduled to open several months earlier but I don’t think that will diminish any hype for Hollywood Studios.  It definitely won’t make the crowds any smaller come late 2019.

Star Wars Land will add another two attractions to Hollywood Studios and one is thought to be a high-capacity attraction.  They are both E-ticket attractions and will be state-of-the-art.  Along with the attractions, Star Wars Land promises to add some depth to the park with streets to wander and plenty of different sights. 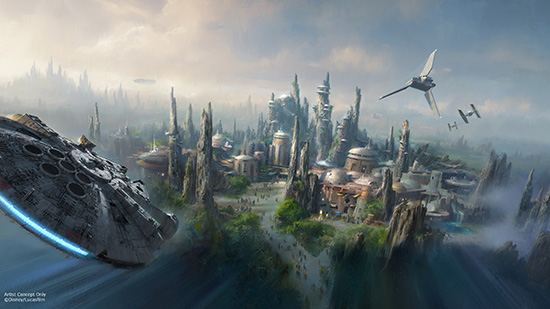 Toy Story Land helped in the ride department but it’s boost in Hollywood Studios dining scene was minimal.  I think Galaxy’s Edge will help significantly more there, although it will be a very hot ticket for years to come.  I think Galaxy’s Edge moves the needle in a major way for Hollywood Studios, making it a viable theme park. What I worry about is the infrastructure of the park and if it will be able to handle the masses that will visit.  I know Disneyland doesn’t have much space to work with but they have 30+ attractions for people to go do when they add Galaxy’s Edge.  Hollywood Studios will be lucky to have a 1/3 of that and I’m not sure where all of the people will go.

One little thing I’d like to see added to the Galaxy’s Edge plans are a little spinner ride.  Make it an X-Wing spinner in the style of Dumbo.  The land may take a slight aesthetic hit but this would add another attractions for kids and capacity.  It would be cheap to make and could just be thrown in a corner somewhere.  I’m hoping this happens shortly after the expansion opens.  That addition wouldn’t be a fix-all but it’d be a small step in the right direction.

The last major project being worked on in Hollywood Studios is set to open sometime in 2019.  Mickey & Minnie’s Runaway Railway is taking the spot of The Great Movie Ride in Hollywood Studios’ park icon, the Chinese Theatre.  This attractions will showcase Mickey and Minnie in a dark ride reminiscent of the classic Disney shorts.

I’ll never understand why this replaced The Great Movie Ride instead of being an addition in another area of the park.  That frustration aside, I’m very excited for this attraction.  From a technical standpoint, this will help with the Studios capacity and should alleviate from Star Wars: Galaxy’s Edge.  This also will be kid-friendly and is somehow one of the first attractions to celebrate the Mouse. 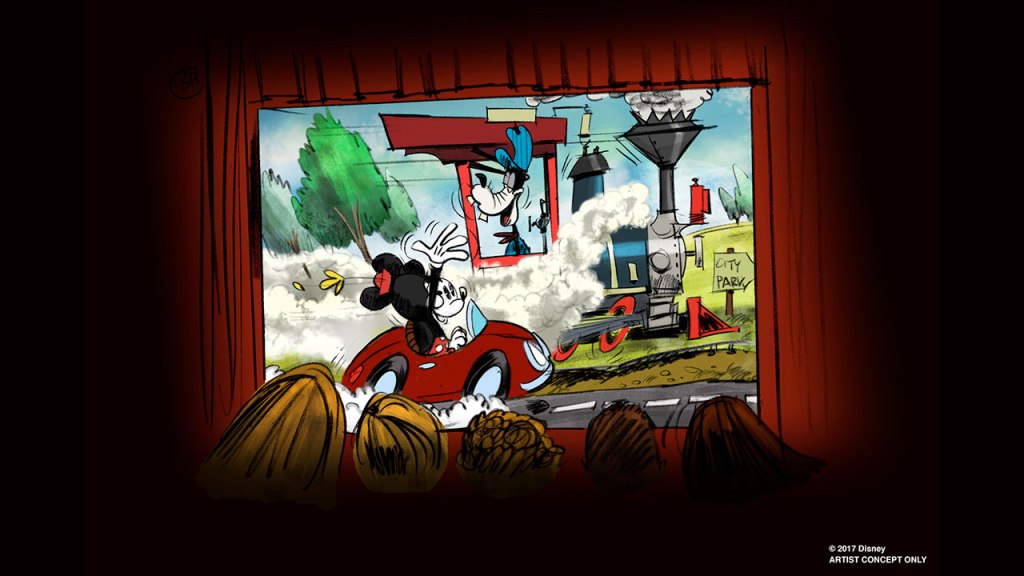 For personal reasons, I’m hoping this will be open for the 2019 summer.  I don’t think that’s especially likely though and imagine a late summer or Fall opening is more viable.  Ideally, I think the park would want to get the attraction running with no concerns long before Galaxy’s Edge.  That’s why I’m forecasting a late summer opening.

That makes five rides that will have opened in the span of 18 months at Hollywood Studios by the end of 2019.  Along with that, almost all of them are unique to Hollywood Studios for now except for, weirdly enough, the Star Wars ones and Toy Story Mania.  This certainly makes the park more intriguing even if it does need to keep building on top of that.

What Else is Happening?

There have been plenty of rumors over the last few years of what else could be happening at Hollywood Studios.  The only thing we know for sure is that a Cars themed show (Lightning McQueen’s Racing Academy) will open in early 2019.  This new show will be on Sunset Boulevard and will be a welcome addition.  There is also a Disney Jr. Dance Party coming to the park and, while I assume it’s incredible, I don’t know the first thing about it.

When Hollywood Studios first started its transition, it was assumed that there would be one more big land announced to go with Toy Story Land and Star Wars.  That has never come to fruition, no matter how badly we all want a Monsters Inc. Door Coaster.  Instead the park seems to be focused on small changes here and there.  That is all well and good, as long as those changes actually happen.

The most likely changes over the next few years will be entertainment swapped out.  Beauty and the Beast – Live on Stage is overdue for a change.  Fantasmic! needs some help.  Lord knows that the Frozen sing-along should have ended years ago.  Along with those, I’d like to see some temporary entertainment added to the park to add capacity.  Evening shows, like last summer’s Pixar orchestra show, added to the Beauty and the Beast stage would be a great addition.  Daytime shows in the Fantasmic! theater aren’t out of the question and should be strongly considered.  There are plenty of places to put things in the Hollywood Studios, they just have to figure out what those things are.

Further down the road, the park needs to add rides and figure out what to do with Star Tours.  Since Star Tours isn’t directly attached to Galaxy’s Edge, it’s a lame duck.  I think they will keep the attraction as is for a few years after the land opens but then it needs to be swapped out for a different IP and story.  I think Hollywood Studios is a perfect spot for a new dark ride of some kind but I’m not going to hold my breath.  I just hope they keep adding to the park instead of stopping after Galaxy’s Edge opens, being stagnant is what got the park in this hole in the first place. 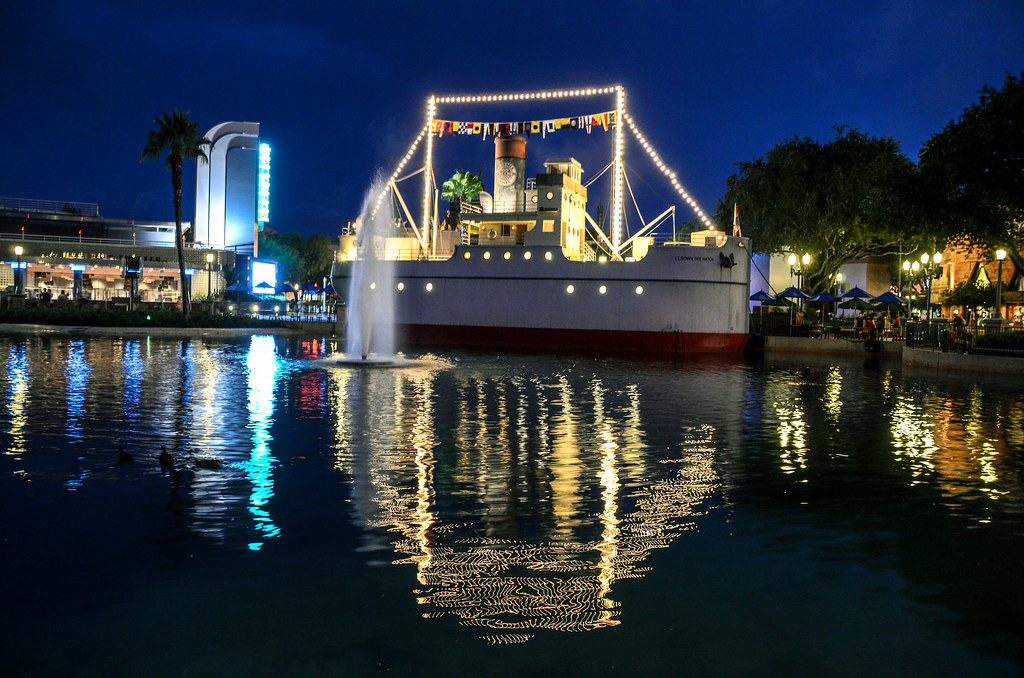 All in all, Hollywood Studios is making substantial progress.  In just over a year the park will be an essential part of the Disney World experience again.  For now, it continues the slog of getting there.

Do you have any thoughts or questions on the future of Hollywood Studios?  Let us know in the comments below.  Thank you for reading Wandering in Disney, if you enjoy what you’re reading please subscribe to the blog and like our social media pages.  You can do both of those things on the right side of this page.