Reacting to some news and rumors!

Lately, there have been more Disney Parks news and rumors than usual.  With Disney’s Hollywood Studios going down in flames (not really, but it’s getting closer and closer to that point) and D23 Expo right around the corner, the rumors have come in hot and heavy in the last few weeks (or months).  Being your friendly, neighborhood Disney blog we thought it was about time Wandering in Disney weighed in on these issues.  What’s the internet if people with no inside information aren’t giving their opinions of rumors that haven’t been confirmed yet?  Nothing.  So, Melissa H. and Andrew sat down and gave their reaction and opinion to 5 rumors that are currently floating around the Disney blogosphere.  Some of these rumors are less sure than others, and some are bigger than others.  Not all rumors are created equally.  Also, neither of us have inside information into this.  If you want that go search the forums at wdwmagic.com.  They are usually well ahead of all Disney announcements in knowing what’s coming to the parks.  Without further ado, here we go!

Disneyland Expansion – While some of this is old news, the national media seems to have picked up on bits of land that Disney has bought, near or adjacent to Disneyland. A Disney spokesperson has said that this land will be used for parking and storing backstage equipment, leading to speculation that some of the on-site backstage storage could be demolished in favor of expansion. Again, not all of this is new news but people have seemed to put two and two together to make it so. Some of the backstage areas in the park are behind or close to Toontown which we have previously mentioned (via MiceChat) could be going away in favor of a new Star Wars Land. Either way, it looks as if Disneyland could be making room for new Star Wars and Marvel additions.

Andrew – Melissa didn’t have much to add to this one and we have talked about it a decent amount on the blog.  Most of the writers here seem fairly opposed to the idea because, not to put words in their mouth, of nostalgic reasons for the most part.  I’m on the opposite end of the spectrum.  While I wouldn’t consider Toontown a bad land, I would say it’s the worst of the seven Disney lands.  You could debate whether it’s better than Tomorrowland (especially because of Tomorrowland’s current state), but I think Tomorrowland holds more promise and is more iconic.  The, maybe hard, truth is that next to no one is going to book a vacation to Disneyland because of Toontown.  They might because of Space Mountain.  They will because of other lands.  They most certainly will if there was a new Star Wars Land.  Currently, Toontown doesn’t look that great (it never has, in my opinion), doesn’t have many attractions that are worth your time, and would be the least likely to be missed if it was replaced.  That makes it the best spot to take down and expand on, in my mind.  This is especially considering that there is room to expand behind it while Tomorrowland is slightly more blocked in unless you took out the submarines.  I know that some people don’t agree with me and Toontown holds a special place in people’s hearts.  There’s absolutely nothing wrong with that but Disney has built it’s reputation on moving forward and I think it’s time to do that here.  The company needs to make a splash, especially considering the enhancements coming to Universal Studios, and can do so with Star Wars.  Unfortunately, this will probably come with the loss of Toontown.  But, great theme parks aren’t made out of nostalgia and that’s why I think it’s important that they move on.  Leave your angry words in the comments 😉

A D23 Expo Announcement? – While I’m planning a D23 Expo post for next week, many people were and are expecting a Star Wars announcement of some sort involving the Disney Parks. Rumor has it, that this announcement could be pushed back (yet again) as the board and imagineers are going back and forth. Do you think it’s important for an announcement of a Star Wars Land to come next week at the D23 Expo?

Melissa H. – I am really hoping that if the rumors are indeed true, they will announce it during the D23 Expo. We know that Disney is working on something due to the purchase of extra land around the property, but there is so much speculation as to what it is they are actually planning. I think it would put some minds to rest if they made the announcement.

Andrew – I’m completely with you here Melissa.  While obviously you shouldn’t make an announcement until plans are finalized, it sure would be nice to have something more than rumors.  This is especially true at Disney World, in my mind.  If D23 just gives some sneak peaks at the World of Pandora and Shanghai Disney without much news being announced, I would be pretty bummed out and a little less optimistic about the parks than I currently am (I’m very optimistic, at the moment). 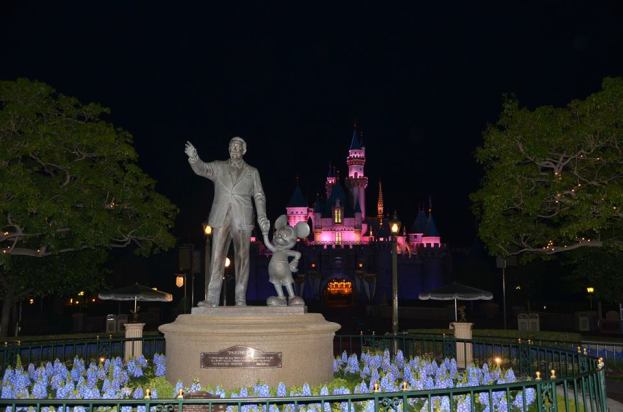 Illuminations Replacement?  Jim Hill and some insiders on the wdwmagic forums have said that Illuminations (the Epcot nighttime spectacular) could be on the way out in favor of a new show. Does Epcot need a new show or not?

Melissa H. – I have only been to Disney World once – but I do remember Illuminations being a spectacular show that I truly loved! I don’t necessarily think that they NEED a new show, because the one they have is great, but if they do decide to replace it, I hope that it can still present the same message and still honor the uniqueness of Epcot.

Andrew – I think Illuminations is brilliant and would be pretty sad if they replaced it.  While Epcot is a little outdated and somewhat dumbed down currently, Illuminations embodies Epcot’s initial goal of bringing people together, learning how to make the world a better place, and learning of other cultures (yes, it has more themes than this but I write too much).  If it is going to be replaced rather than refurbished then I hope the new show would have the level of sophistication that Illuminations has. 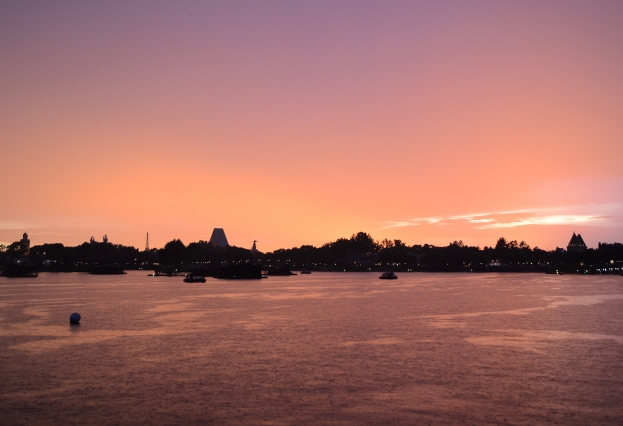 Melissa H. – Disney has a lot of different franchises, popular movies/TV shows, great characters, and wonderful history to draw on. I think that they will easily be able to turn Hollywood Studios into a great park. They already have a few big-hit attractions and I don’t think it will be difficult for them to build around those that already exist.

Andrew – I’m fairly optimistic that this park can become very good but I don’t know how great it will ever be.  Right now it’s about at the level of California Adventure before the big overhaul.  While California Adventure has some amazing parts to it and continues to get better, it’s still a class below some other Disney Parks.  With a great Star Wars Land and a decent Pixar Place expansion I think the park will be good (assuming they don’t leave everything else to rot, which they won’t).  If they knock both projects out of the park with some inventive technology, theming and thinking, then this park can be great.  Either way, I’m excited to see what it will be like in 5 years from now.

Melissa H. – I really miss the original Tom Sawyer Island at Disneyland, so I would be disappointed if they decided to take out the island as a whole. However, I also understand that Tom Sawyer isn’t so much a part of pop culture anymore and Disney is a company that adapts to the wants of their customers. I do think that Frontierland, at both Disneyland and Walt Disney World, is a section of the park that could do with the addition of another attraction, so I really think the draw would be big. I guess I am kind of on the fence of this issue.

Andrew – I’ll start off by saying that I like Tom Sawyer Island better than Disneyland’s Toontown.  While I realize that this is somewhat of the same issue as we talked about in the Disneyland expansion up above, I think Tom Sawyer Island offers something more unique and that demolishing it wouldn’t lead to an entire new land but rather an expansion of the same land.  Tom Sawyer Island offers some peace, calm and a quick getaway from the hustle and bustle of the Magic Kingdom.  I think that’s wonderful and I believe that all of the parks need places like that.  With that being said, Magic Kingdom could really use another E-ticket attraction to spread the crowds out.  I’m excited that they continue to work Magic Kingdom, Walt Disney World’s crown jewel, as they really help out the other parks.  I thought Magic Kingdom may not get much attention since they recently had the New Fantasyland expansion.  Which is great news, even if removing Tom Sawyer Island might be the cost.

What do you think of these rumors?  Let us know your opinions in the comments!