Last May, Melissa (my wife) and I headed south to Disneyland to celebrate our anniversary. We were joined by some friends, while we spent 5 days in the parks. Over the next few Saturdays, I’ll be recapping that trip and trying to add a few opinions into the posts, as well. Enjoy!  You can find part 1 here.

After a day at the parks without the camera and a day visiting relatives, we returned to the parks and got an earlier start.  That night, we were going to the beach so we wanted an early start.  I enjoy the parks more at night.  As Melissa said earlier this week, the parks seem to hold a different kind of magic at night.  But I willingly admit that if you’re an early riser, there are some real benefits to going in the morning.  Shorter lines, everything is cleaner, and it’s not as hot are the one’s who come to mind.  The best part about mornings at Disneyland though are those cinnamon rolls. 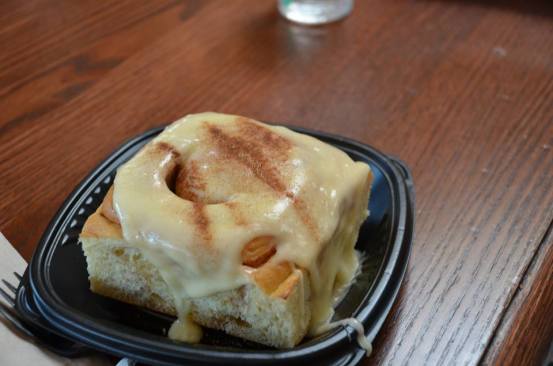 After Melissa’s cinnamon roll was devoured, we walked around California Adventure for just a few minutes before walking over to Disneyland.  Melissa got the cinnamon roll because by this time it was around 11 and I thought that was plenty late enough to have a Disneyland corn dog.  Frankly, there’s no bad time for a Disneyland corn dog.  Yeah, this day was mainly about food it seems.  We then took some pictures around Main Street.

It’s pretty amazing to me how green Disneyland is.  Compared to the parks at Disney World, Disneyland doesn’t have a ton of space to work with.  The parks always feel so natural with the amount of plants around the castle.  I do think it’s important to the atmosphere and while I’m not really upset about the loss of trees at Magic Kingdom in Disney World as of late, I do think it takes a little bit out of the natural feel of the park. 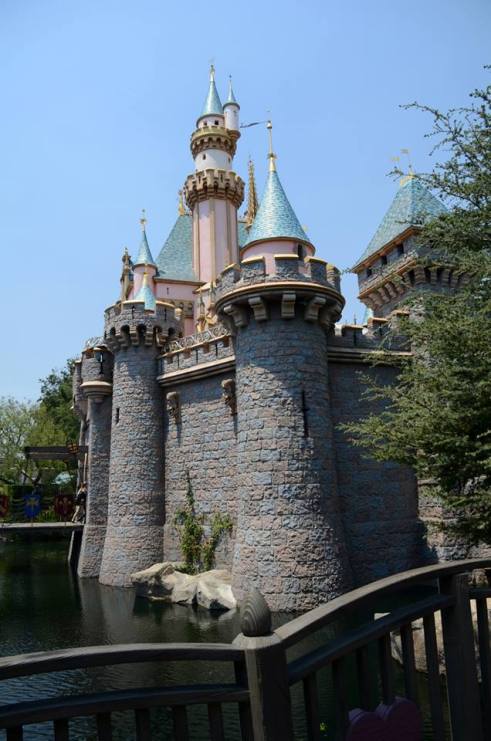 After that we went to Fantasyland and rode some of the classics.  At the risk of sounding like I’m bashing Disney World in this post, Disneyland’s Fantasyland is incredible.  I’ll touch on Mr. Toad’s Wild Ride (and other DL Fantasyland rides) later but I always forget about how many classic dark rides Disneyland has until I go to the park.  All of them are well done and immerse you in a story and somehow take you back to a simpler time. 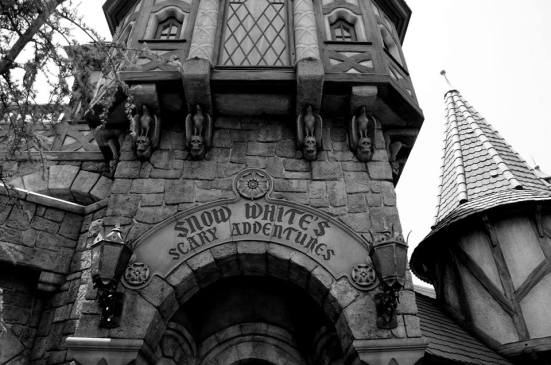 On this day, we rode Snow White’s Scary Adventure.  This is a dark ride both literally and figuratively.  It may be in Fantasyland, the ‘kid’ section of the park, but if you pay attention to the story this ride is terrifying.  I guess that’s why the attraction has its name.  I love how most of these attractions in Fantasyland aren’t just telling the story of the movie it’s based off of.  This attraction ends much darker.

After a few rides around Fantasyland, it was time for a snack.  Yes, I know.  I had just eaten.  On this occasion I went over to the Jolly Holiday Bakery for a Matterhorn Macaroon.  This was one of my favorite snacks from the entire trip.  The macaroon was light and moist.  And of course, it was shaped like the Matterhorn which made the pastry even more cool.

From there, Melissa and I went over to ride the Jungle Cruise and a few other attractions in Adventure.  The weather had reached the high 90’s that day and our energy was starting to wear down (or at least mine was).  While walking we stumbled upon Pirates playing some music.  You know what you do when you find Pirates playing music?  Sit down and listen, of course!

Disneyland’s live performers are always a blast to listen and watch.  These pirates sang a few songs and the tall one on the right interacted with the crowd constantly.  These live performances are part of what makes the atmosphere at Disney Parks (especially this one) so special.  We sat and listened to the band’s set and were really relaxed.  Taking the parks as fast as you can is fun for a day or two, but one of the biggest reasons I love Disney is the details and there is always something to take in, no matter how fast you go.  I hope Disney realizes how vital this live entertainment is to the parks.  I believe Disneyland and California Adventure do realize that.  With all that being said, it was time to head over to Big Thunder Mountain Railroad, with a few stops along the way of course. 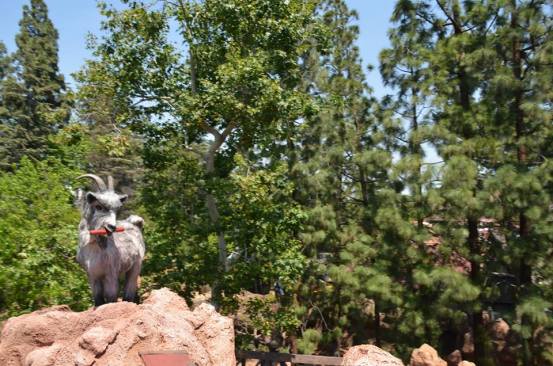 I’ve found that the best way to get rid of a fear of roller coasters is to take pictures while on that roller coaster.  Weird, I know.  The updates to Big Thunder Mountain Railroad are fantastic.  They may have been fairly simple and nothing extravagant but they really do add so much to the ride.  We were there shortly after this attraction reopened and all of the new details really added to the attraction. 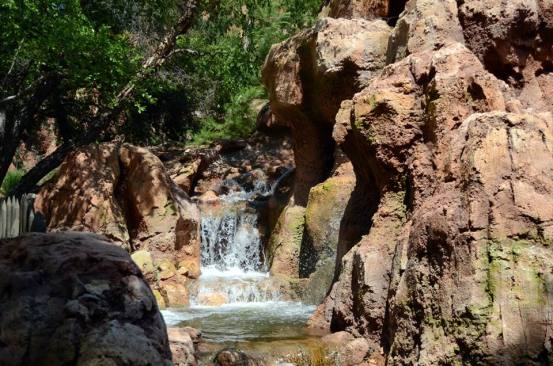 From there, we took the back way from Big Thunder to Fantasyland.  This is one of my favorite spots in Disneyland.  There’s the backside of Big Thunder, some streams, the flower cart and a few interesting things to look at.  Plus, it’s quiet, less crowded and a little cooler. 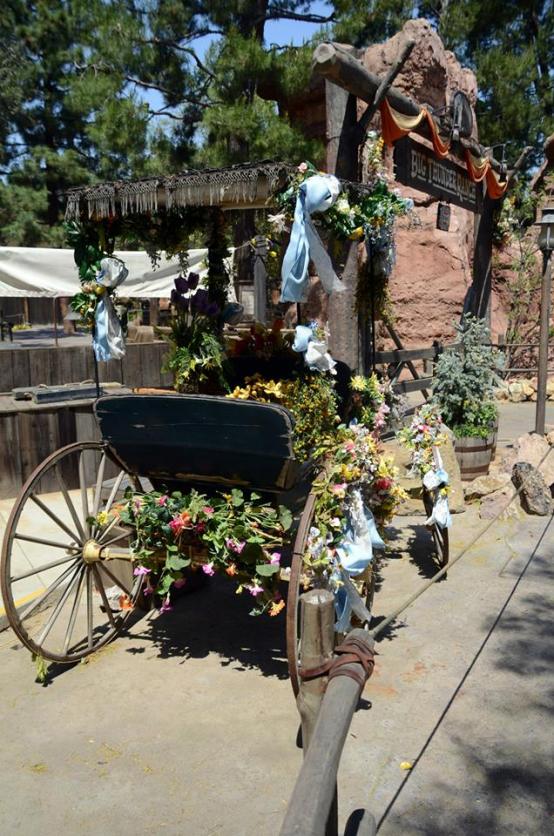 From there, we headed over to California Adventure.  We stopped by Cars Land and then to Muppet Vision 3D.

It looks as if Muppet Vision is on its way out of Disney’s California Adventure.  Currently, it’s being replaced by a Frozen Show and I wouldn’t be surprised if that show sticks around long-term in some form.  As a big fan of the Muppets, I think it’d be very sad to lose them from the Disneyland Resort altogether.  I’m holding out hope that there will be an updated film or attraction for the Muppets in the future but I’m not holding my breath.  At least they still exist in Disney World for the time being!

After the show, we headed to the beach and called it a day!  It was a relaxing, fun day.

This update was more picture based than the last one.  I’m going to continue to experiment with the format for these trip reports.  If there’s something you like or dislike about them, please let me know in the comments!  Feedback is appreciated.  Part 3 will most likely be coming next week!